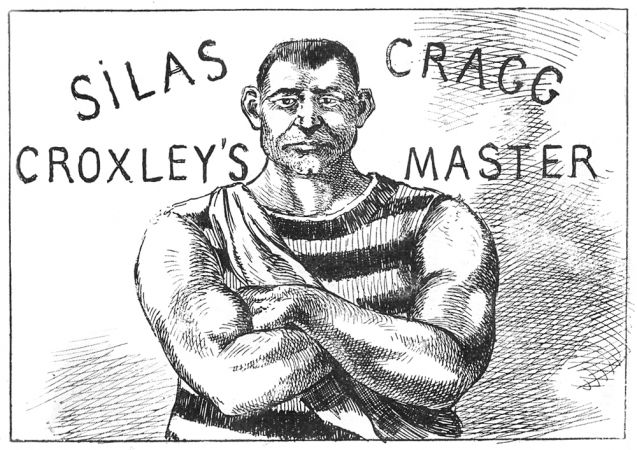 This episode, we get in training to face Silas Craggs in Conan Doyle’s boxing story ‘The Croxley Master’ from 1899.

You can read the story here: https://www.arthur-conan-doyle.com/index.php?title=The_Croxley_Master

For an introduction to Conan Doyle and sport, listen to our interview with Mark Alberstat in Episode 7 - https://www.doingsofdoyle.com/2020/10/7-conan-doyle-and-sport-with-mark.html).

And you can listen to the episode here:

A closed-caption version of the episode will appear two days after the episode date at our YouTube channel: www.youtube.com/@doingsofdoyle

Robert Montgomery is a struggling young doctor’s assistant in a Yorkshire mining community in 1897. He needs one hundred pounds to complete his university medical training but sees little short-term prospect of earning or saving such a sum. He is, however, also a sporting man, and a chance and violent encounter with a part-time pugilist raises the tantalising prospect of his entering a local fight with a hundred-pound prize money.

But how is he to obtain a short leave of absence from his pious and upstanding employer, Dr Oldacre? And, this achieved, how will he then fare against his veteran opponent, Silas Craggs, better known as the Croxley Master, hard fighting champion of the neighbouring ironworks… 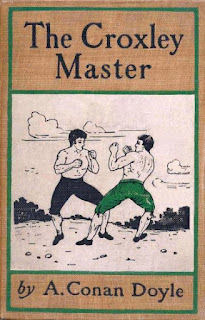 The story was written around Conan Doyle’s fortieth birthday, 22 May 1899. When it was completed, it was known as ‘The Croxley Champion.’ Conan Doyle described it as being in his “best active style” and “a ripper,” and expected to get £800 from The Strand for the story.

Being a relatively long story, 16,000 words in total, it was printed in three parts in The Strand Magazine, in October, November and December 1899.

The Croxley Master first appeared in book form in the anthology The Green Flag, and Other Stories of War and Sport (1900).

In the USA, two anthology volumes were produced with ‘The Croxley Master’ as the title story, in 1907 and 1925. The images on the covers are somewhat peculiar, the first showing boxers of the Regency period, the second silhouettes of boxers of the 1920s. The story is set in 1897.

‘The Croxley Master’ first appeared during the early phase of the Boer War, a conflict Conan Doyle supported but which was controversial, even at the time. The war and other defeats, combined with the rise of rival European empires, contributed to a sense of Imperial malaise, if not decline. It was also the period of Wilde and the decadents, and the associated hostility towards homosexuals.

One response to decline was the rise of a British/English nationalism, closely associated to sport, reflected in popular literature and new national institutions. Another was the idealisation of masculinity and the male body. Both played out in the pages of The Strand. Conan Doyle promoted the campaigns of former circus strongman Eugene Sandow as well as campaigning for army and health reform.

A counter to the imperial decline argument is that there was relatively little British fiction about boxing in the 1890s (George Bernard Shaw’s Cashel Byron’s Profession (1882) was the most prominent recent work, after Conan Doyle’s Rodney Stone), while there was a burgeoning interest in the USA. This was reflected in the work of John Boyle O'Reilly (1844–90), an Irish newspaper man in Boston, who wrote a popular and influential history of boxing, Ethics of Boxing and Manly Sport (1888).

Conan Doyle spoke very fondly of team sports, especially Rugby and Cricket, but “the finest single man sport” was boxing (M&A). He is known to have participated many times: his fights with Eddie Tullock as a child in Edinburgh; sparring with Jack Lamb, the steward of the S.S. Hope, to earn the favour of the crew; interceding when a drunk threatened to beat a woman in Southsea; on returning home at 5am after an evening out!

There is also the tantalising hint in his letters that he may have threatened violence against Bryan Charles Waller, the Doyle family lodger, who we talked about in Episode 17 on ‘Uncle Jeremy’s Household.’ https://www.doingsofdoyle.com/2021/08/17-uncle-jeremys-household-1887.html

Conan Doyle also read the history of boxing, notably Henry Downes Miles’s Pugilistica (1880), Pierce Egan’s Boxiana (1812-29) and Dowling’s Fistiana (1840). As Wynne has pointed out, these works cemented the view that boxing was a noble sport, with roots in classical antiquity, and part of the lifeblood of the nation.

Montgomery’s experience as an apprentice closely mirrors Conan Doyle’s own. Conan Doyle took several jobs as an apprentice during his undergraduate days, to earn his keep and provide for his family. His first placement was in April 1878 with Dr Charles Sidney Richardson of Sheffield, who had a practice in Spital Hill on Nelson Terrace. The placement lasted three weeks,

His next placement was with Dr Henry Francis Elliot of Cliffe House, Ruyton-XI-Towns, in Shropshire, a country practice. Conan Doyle’s feisty relationship with Elliot appears to mirror that of Montgomery and Oldacre. It was at Elliot that Conan Doyle came to resent the hard working, underpaid lifestyle of the apprentice doctor.

His third placement was with Dr Reginald Ratcliff Hoare of Aston, Birmingham, which was much more agreeable. It was in Aston that Conan Doyle wrote his first published short story, ‘The Mystery of Sasassa Valley,’ as discussed in Episode 29. https://www.doingsofdoyle.com/2022/08/29-mystery-of-sasassa-valley-1879.html 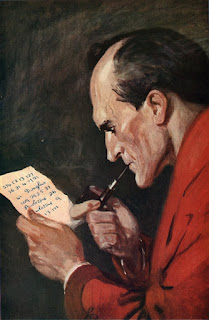 The life of the apprentice is further reflected in The Stark Munro Letters (1895), Chapter 5, where Stark Munro joins Dr Horton, Merton on the Moors, to serve in his colliery practice. The colliery club scheme resembles that at the centre of A. J. Cronin’s The Citadel (1939), the book that inspired the NHS.

The description of the coalfields, and their impact on the working populace, in Stark Munro is replicated in ‘The Croxley Master.’ Other coalfields of note are those in Vermissa Valley in The Valley of Fear (1915). It’s notable that two of the place names in Vermissa are Barton (the part-time pugilist in ‘The Croxley Master’) and Merton (the location in Stark Munro).

Anastasia, Craggs’s mistress and sparring partner, is an unusually strong minor female character for Conan Doyle. It is ultimately Anastasia who sends Montgomery to the canvas with a black eye.

Sherlock Holmes had an interest in fencing and boxing at university, according to ‘The Adventure of the Gloria Scott’ (1893).

In The Sign of the Four (1890), Holmes is reacquainted with McMurdo, a prize fighter he once fought.

Most famously, in ‘The Adventure of the Solitary Cyclist’ (1903) Holmes delivers a straight left to the slogging ruffian Mr Woodley and sends him home in a cart.

We are joined by Martin Edwards, crime-writer, President of the Detection Club, and author of The Life of Crimes (2022), a monumental new history of crime fiction, to discuss Conan Doyle and the detective novel.