This episode, we travel back to where it all began with Conan Doyle’s first published work, ‘The Mystery of Sasassa Valley’ (1879).

You can read the story here: https://www.arthur-conan-doyle.com/index.php?title=The_Mystery_of_Sasassa_Valley

Tom Donahue and Jack Turnbull are down on their luck. Having failed to qualify as barristers in England, they have turned to prospecting in South Africa, with no greater success. But, one stormy night, their pal, Dick Wharton, visits them with the strange tale of a red-eyed demon on the Veldt. His fantastic yarn excites Tom beyond its intrinsic merits and energises him into a bustle of activity. Jack is mystified, until the night that he and Tom go out in search of the demon…

Written while Conan Doyle was a student on placement with Dr Reginald Ratcliffe Hoare of Clifton House, Aston Road, Birmingham in 1879. Ratcliffe Hoare’s nephew, Rupert, another apprentice, encouraged ACD to write a story, having enjoyed his vivid letters and stories for Rupert’s children.

In his autobiography, Memories and Adventures, Conan Doyle describes how “to [his] great joy and surprise it was accepted by Chambers’ Journal. He received three guineas – a significant sum for the apprentice doctor.

While ‘Sasassa Valley’ was the first story published, it was not the first written. That was most likely ‘The Haunted Grange at Goresthorpe’ which was rejected by Blackwood’s in 1877. The manuscript was later discovered in the Blackwood’s archives and published by The Arthur Conan Doyle Society in 2000.

Conan Doyle could be rightly pleased getting accepted by Chambers’ as it was one of the great journals of the day. It published the early works of many eminent authors including Thomas Hardy and George Meredith. Blackwood’s was more closely associated with mystery and gothic fiction and ACD tried many times to get into its pages. 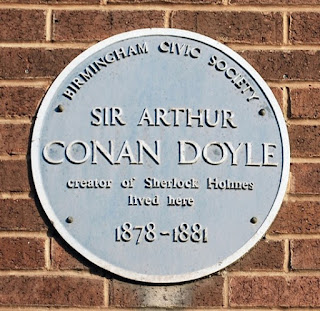 ‘The Mystery of Sasassa Valley’ (subtitled ‘A South African Story’) was first published anonymously in Chambers' Journal on 6 September 1879. Conan Doyle’s name was only attached to the work in the 1890s when it started to appear in US editions which capitalised on the success of Sherlock Holmes.

The 6 September 1879 edition also includes articles on the Dimsdale frauds, a possible source for the name of Dimsdale in The Firm of Girdlestone (1890), and fictions set in the Bernese Oberland near Meiringen and a description of walks around London, which may have influence Conan Doyle in ‘The Final Problem’ and the settings of ‘A Study in Scarlet.’ You can read that issue here: https://babel.hathitrust.org/cgi/pt?id=coo.31924069264004&view=1up&seq=577 (p577).

When Conan Doyle wrote the story, South Africa was in the news as a consequence of the Anglo-Zulu War (1879), especially the battles of Isandlwana and Rourke’s Drift. On 1 June, it was back in the news with the death of the Bonapartist pretender, Louis-Napoleon. H. Rider Haggard, who would popularise African romances with King Solomon’s Mines (1885), was a minor government official in South Africa.

South Africa had been a British possession since 1795 (except for briefly losing it through the Peace of Amiens as discussed in Episode 28 – A Foreign Office Romance). It became a self-governing part of the British Empire in 1872, with its own Prime Minister and cabinet.

Shortly before devolution, diamonds were discovered in Kimberley, which led to a “new rush”, similar to the San Francisco gold rush. It radically transformed South Africa from an agrarian economy to an industrial one, as corporations sought to take advantage. This was further fuelled by the discovery of gold in the Transvaal in 1885. For more information, check out Martin Meredith’s Diamonds, Gold, and War: The British, the Boers, and the Making of South Africa (2008). 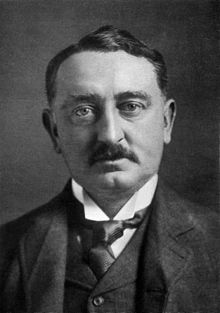 British businessmen Cecil Rhodes and Barney Barnato made their fortunes in Kimberley. Rhodes established the De Beers diamond company in the early days of the mining town, and it still trades today. Rhodes is now recognised for racist policies that sowed the seeds of apartheid and conducting aggressive campaigns against neighbours which led ultimately to the Second Boer War (1899-1902) in which Conan Doyle served as a medic. Conan Doyle bought into the veneration of Rhodes as an imperialist, in both The Great Boer War (1901) and Our African Winter (1929).

South Africa produced its own literature about the mining craze. These stories began with a focus on the down-on-his-luck prospector who gains enormous wealth through perseverance and chance. Over time, they mutated into a focus on the gentleman pioneer, whose behaviour reflected the influx of the corporations. See Isobel Hofmeyr’s article ‘The Mining Novel in South African Literature, 1870-1920’ (https://journals.co.za/doi/pdf/10.10520/AJA03768902_685).

‘Sasassa Valley’ falls somewhere on the cross-over point between these traditions. We can also see the mutation of the digger into gentleman in ‘The Adventure of the Solitary Cyclist’ (1904) in the characters of Caruthers and Woodley. 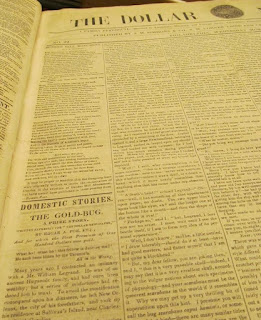 In its substance and form, ‘Sasassa Valley’ is Conan Doyle reworking Poe’s ‘The Gold Bug’ (1843). There are similarities in terms of the deductive reasoning of the main character, the mystification of the narrator and the reveal of the gemstone, which can only be seen from a particular angle.

Bret Harte’s early works, ‘The Luck of Roaring Camp’ (1868) and ‘Tennessee’s Partner’ (1869), were favourites of Conan Doyle (he once claimed to have memorised them) and can be seen as influences on this story. The frontier setting, prospecting characters, and the structure of the story all borrow heavily from Harte.

Harte’s tale may also influence Conan Doyle’s unfinished play Angels of Darkness which features a San Francisco doctor called Dr Watson, and included elements of the Mormon plot from A Study in Scarlet. Both the play and A Study in Scarlet borrow from R. L. Stevenson’s More New Arabian Nights – The Dynamiter (1885).

Other possible influences on ‘Sasassa Valley’ include the cursed diamond in Wilkie Collins’ The Moonstone (1868), a motif ACD also deployed in The Sign of the Four (1890), ‘The Blue Carbuncle’ (1892) and ‘The Six Napoleon’ (1904). Also, Mayne Reid and Mark Twain (who hated Bret Harte with a passion).

We are joined by Professor Douglas Kerr, General Editor of the Edinburgh University Press New Critical Editions, who recently won a Doylean honour from the ACD Society for his introduction to Conan Doyle’s autobiography, Memories and Adventures (1924).

You can find out more about the Edinburgh Critical Editions here: https://edinburgh-conan-doyle.org/