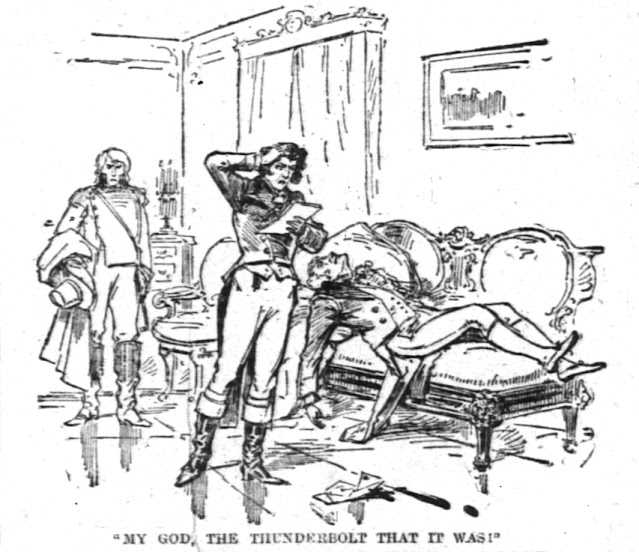 This time, we head to Regency England where a cunning French spy manipulates the outcome of the Peace of Amiens, in ‘A Foreign Office Romance’ (1894).

You can read the story here: https://www.arthur-conan-doyle.com/index.php?title=A_Foreign_Office_Romance

By October 1801, Britain and France have been at war for almost ten years, but stalemate and war weariness demands a break in hostilities, which was promised in the shape on an accord later known as the Preliminaries of Amiens.

Throughout the negotiations, the French delegation's main leverage lies in its army's occupation of Egypt. But at the eleventh hour, news has come post haste from Paris than Egypt has fallen to the British. But does Lord Hawkesbury's team know?

Young Alphonse Lacour makes it his personal mission to prevent any further messenger from getting through before the accord is signed in France's favour.

During the summer/autumn 1894, Conan Doyle was researching a Regency play with his brother-in-law Willie Hornung. The play was intended for Ellen Terry and Henry Irving, who would play a Regency buck. The idea for ‘A Foreign Office Romance’ probably arose from his research for the play. The play itself would not appear immediately, and instead became the novel Rodney Stone (1896) which, in time, became the play The House of Temperley (1909).

Around the same time as writing ‘A Foreign Office Romance’, Conan Doyle wrote the first of the Gerard stories, ‘The Medal of Brigadier Gerard’, which he read to audiences during his American lecture tour in October/November 1894.

During his lecture tour, Conan Doyle discussed Napoleon with fellow enthusiast Sam McClure, owner of McClure’s Magazine. McClure’s would print ‘A Foreign Office Romance’ in December 1894, a month after the story was syndicated in the American newspaper. It first appeared in the Indianapolis News, 10 November 1894.

The story was later included in The Green Flag and Other Stories of War and Sport (1900). 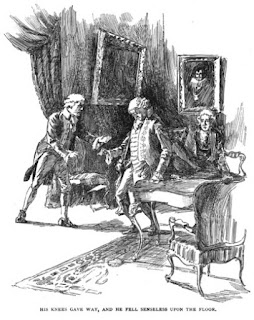 ‘A Foreign Office Romance’ establishes the framing device of the old Napoleonic hero, sitting in a Parisian café, telling his stories to all who would listen. This device was missing from ‘The Medal of Brigadier Gerard’ but incorporated in the Gerard series from the second story, ‘How the Brigadier Held the King’ (as discussed in Episode 15).

Aside from the framing device, the story has some similarities with Gerard stories to come: the cab fight that reappeared in the second Gerard story; the reference to Napoleon’s escape from St. Helena which is the focus of ‘How Etienne Gerard Said Good-bye to his Master’; and Lacour’s emotional outbursts and his cry of “Courage!”

‘A Foreign Office Romance’ also draws direct comparisons between British and French mannerisms, attitudes and conduct of imperialism, another feature of the Gerard tales.

Background to the events of the story 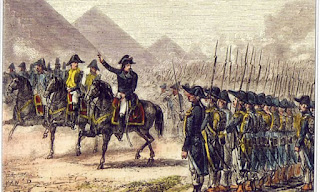 The invasion of Egypt was proposed by both Tallyrand and Napoleon. In May 1798, Napoleon led an invasion force which arrived in July 1798 and quickly secured very quick victories over the Mamalukes. However, the destruction of the French fleet at the Battle of the Nile in August left the French troops stranded for the best part of a year. Eventually, Napoleon abandoned the Egyptian forces, leaving them under the command of Kleber and later Manou. In March 1801, the British landed an expeditionary force under General Abercromby which succeeded in forcing the French capitulation.

In Europe, appetite for peace was growing on both sides of the Channel. With the removal of Pitt in March 1801, Henry Addington came to power with a greater mandate and appetite for securing a peace many felt would only be temporary. In this he was aided by Lord Hawksbury, the future Second Earl of Liverpool, who would be Prime Minister 1812-27, the longest serving Prime Minister in British history.

The French too were keen to secure a truce. Tortuous negotiations saw both sides trading territories as far apart as the Caribbean and the Mediterranean. An agreement was being inched towards when Napoleon learned of the fall of Egypt. Gambling that the British had not yet heard the news, he ordered his diplomat, Louis-Guillaime Otto, to sign the treaty, knowing that possession of Egypt secured France a much greater outcome in the negotiations.

Hawkeswbury and Otto signed the Preliminaries of Amiens on 1 October 1801. A day later, the British received news of the fall of Egypt.

Aside from the play on “le cœur” (the heart), the name may be inspired by Coco Lacour, the head of the Surete. Lacour succeeded Vidocq, the founder of the Surete in 1811, who is referenced in Poe’s The Murders of the Rue Morgue. Sherlock Holmes referred to Lecoq – a combination of Lacour and Vidocq – as a “miserable bungler” in A Study in Scarlet (1887).

While ‘A Foreign Office Romance’ is a bit early for the spy craze of the early twentieth century, it fits into a pattern of early espionage tales emerging in the 1890s, of which ‘The Naval Treaty’ (1893) could also be seen as an example. These early spy tales include Le Queux’s The Great War in England in 1897 (1894) in which a spy uses his friendship with a Foreign Office staff member to get access to a secret treaty, and The Secrets of the Foreign Office (1903), which appeared a year before ACD’s ‘The Second Stain’ (1904), in which a spy is sent to infiltrate the European powers to dismantle plots against Britain.

The rise of espionage fiction was partly inspired by the Dreyfus Affair (1894–99) which contributed much to public interest in espionage. Another writer inspired by the Affair and the spy threat of the day was Baroness Orczy whose The Scarlet Pimpernel (1905), set during the early years of the French Revolution, has a British spy of sorts, operating in France.

One of the common themes of these stories is the lives of the fancy and London clubland. In ‘A Foreign Office Romance’ there are references to:

Angelo’s School of Arms, a fencing club and school in Soho (https://regrom.com/2018/11/16/regency-hot-spots-angelos-school-of-arms/

There is also fleeting reference to Watier’s, the club set up by the Prince of Wales (later George IV).

We look at Conan Doyle’s earliest published work, ‘The Mystery of Sasassa Valley’ (1879).

You can read the story here: https://www.arthur-conan-doyle.com/index.php?title=The_Mystery_of_Sasassa_Valley