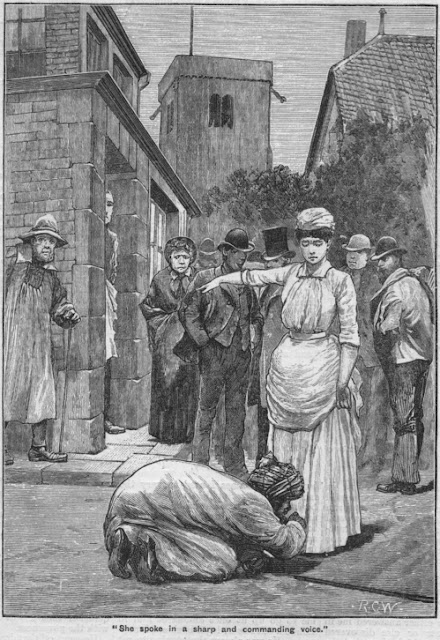 This episode, we enjoy a slice of Anglo-Indian gothic with Conan Doyle’s early short story Uncle Jeremy’s Household (1887), a tale with connections to a Doyle family mystery and a certain resident of Baker Street.

You can read the short story here: https://www.arthur-conan-doyle.com/index.php?title=Uncle_Jeremy%27s_Household

Or listen to an audio narration by Greg Wagland here: https://www.youtube.com/watch?v=Yj_PRyDhFgU

The episode can be heard here:

Whilst studying for his final exams, medical student Hugh Lawrence receives an invitation to stay with an old student friend, John H. Thurston, at his ancestral home of Dunkelthwaite in the Yorkshire fells. He accepts with some reluctance, and upon arrival is introduced to a strange household which includes Thurston’s Uncle Jeremy, an elderly amateur poet who is always accompanied by his sinister secretary. Copperthorne. Also present are Jeremy’s infant nephew and niece and their exotic Anglo-Indian governess, Miss Warrender. Lawrence soon detects an air of mystery around the governess and the secretary, and ultimately discovers a deadly plot involving one of India’s most murderous sects…

Written around May 1885 and initially offered to Blackwood’s. After it was rejected in August, the story found its way into The Boy’s Own Paper which serialised the story in seven parts between 8 January and 18 February 1887.

Dunkelthwaite, near Ingleton and Carsforth, is a proxy for Masongill, the ancestral seat of Bryan Charles Waller, the Doyle’s lodger in Edinburgh.

Conan Doyle married Louise Hawkins at the nearby church of St Oswald’s in Thornton-in-Lonsdale on 6 August 1885, shortly after he finished writing this story.

Lodged with the Doyle’s in Edinburgh 1875-82 while studying medicine. Came to pay all the rent as Charles Doyle, Arthur’s father, succumbed to alcoholism and lost his job.

In Memories and Adventures (1924), Conan Doyle wrote: “My mother had adopted the device of sharing a large house, which may have eased her in some ways, but was disastrous in others.”

Evidence of a disagreement between Conan Doyle and Waller in early 1882.

Owen Dudley Edwards explored several theories for the disagreements in The Quest for Sherlock Holmes (1983).

Waller’s connection to Uncle Jeremy’s Household comes in the choice of setting, the figure of Uncle Jeremy, and the omniscient orientalist correspondent at the end of the story, “B. C. Haller.”

The Moonstone and gothic literary influences

Uncle Jeremy’s Household and The Moonstone share gothic tropes including the Anglo-Indian threat, inheritance and the devastation of the English household.

Copperthorne as gothic monster including vampire, ghoul, disembodied head, demon and the monster in Frankenstein.

The Siege of Cawnpore (1857) and its aftermath: https://en.wikipedia.org/wiki/Siege_of_Cawnpore

The Stranglers of Bombay (Hammer Films, 1959)

Indiana Jones and the Temple of Doom (Lucasfilm, 1984)

The Adventure of the Crooked Man (1893), https://www.arthur-conan-doyle.com/index.php?title=The_Adventure_of_the_Crooked_Man

The Story of the Brown Hand (1899), https://www.arthur-conan-doyle.com/index.php?title=The_Story_of_the_Brown_Hand

We visit Baker Street proper with The Adventure of the Resident Patient (1893). Read the story here: https://www.arthur-conan-doyle.com/index.php?title=The_Adventure_of_the_Resident_Patient