This episode, we join an expectant father as he pensively awaits the arrival of his first born, in ‘The Curse of Eve’, one of Conan Doyle’s Round the Red Lamp stories.

You can read the story here: https://www.arthur-conan-doyle.com/index.php?title=The_Curse_of_Eve

Or listen to a Librivox recording here: https://www.youtube.com/watch?v=tZevaD0khms (begins 2:07:35)

And listen to the episode here:

Robert Johnson is a very ordinary man, a gentleman’s outfitter by trade. He is happily married to Lucy, who looks after the bills and the books. Change is in the air, however, with the imminent arrival of a baby. When the day comes, Robert goes to fetch the doctor, prebooked months earlier, but he is out on a call, and Robert must find him to attend upon Lucy’s confinement. But this task is not as simple as it sounds, and Robert is about to face the most difficult and testing trial of his life…

Jerome K Jerome commissioned six or eight stories for The Idler in summer 1892, to begin publication in March 1893. Conan Doyle hit upon the idea of a series of medical stories, drawing on his insights into the profession he had recently left.

Delayed by writing The Memoirs of Sherlock Holmes, Conan Doyle began writing ‘The Curse of Eve’ at the end of December 1893, around the time of his son Kingsley’s first birthday.

Conan Doyle read a version of the story at the Authors’ Club meeting on 8 December 1893, which drew negative responses, especially for the grim ending in which the wife died and the father turned his anger on the baby. Daily Express journalist Ralph Blumenfeld recorded the grim evening in his memoir RDB’s Procession (1935) and Francis Gribble, editor of Phil May’s Annual, gave his account of the reading to Hesketh Pearson for Pearson’s Conan Doyle – His Life and Art (1943).

However, the secretary of the Authors’ Club, Douglas Sladen, thought the story left “a most profound impression” and congratulated Conan Doyle on the realism of the main character in particular (Life in Letters, p.328).

Although Jerome accepted the story, he did not print it. Instead, Conan Doyle rewrote the story in 1894, writing to his mother in May that he intended to change the ending and have the mother survive.

‘The Curse of Eve’ was one of several stories not serialised which first appeared in Round the Red Lamp when it was released on 23 October 1894.

While the original version of ‘The Curse of Eve’ received a negative reaction from the Authors’ Club, the revised version was no less warmly received.

Harper’s Weekly felt the story ‘shock[ed] us into a state of seriousness far less bracing than bitter’ while The Pall Mall Gazette compared the book as a whole to experiencing a nightmare.

London Evening Standard: “this sort of thing would be all very well in the columns of a medical journal, or told to a party of professional men with a taste for such details, but it is, we contend, unfit for publication in a work of fiction meant for the general public.”

The Writer: A Monthly Magazine for Literary Workers, December 1894, said that any ‘objector to morbid realism’ would have left out ‘The First Operation’, ‘The Curse of Eve’ and ‘Sannox’ from the collection (the last being “worst of all” and difficult to find an excuse for its publication).

The Speaker: “Ought the tragical realities and painful commonplaces of the sick room and the death bed to be made the theme of fiction?”

Realism and the medical profession

Conan Doyle wrote the story at a time when what constituted acceptable literature was hotly debated. In addition to the scandalous works of the decadent authors, epitomised by writers such as Oscar Wilde, there was a reaction to realist works which sought to depict society, warts and all.

For all he is thought of as a romantic writer, Conan Doyle was also an advocate of realism. When W. H, Smith’s refused to stock George Moore’s novel, Esther Walters, which concerned a housemaid falling pregnant by a footman and choosing to raise the child alone, Conan Doyle wrote indignant letters to the press in support of Moore. In September 1893, a few months before writing ‘The Curse of Eve’, Emile Zola had been celebrated at an Authors’ Club meeting as “the evangelist of realism,” at a meeting Conan Doyle is believed to have attended.

The story features more realistic descriptions of doctors and specialists than one tends to find in other stories in Round the Red Lamp, where GPs tend to be overwhelmingly good and surgeons overwhelmingly bad. The GP, Dr Miles, is aloof, distracted and insensitive, while the specialist, Dr Pritchard, though materialistic, has a kindly nature.

Conan Doyle may be having a swipe at the medical profession in ‘The Curse of Eve’ by depicting Johnson’s difficulties accessing medical help, and the additional sums he had to pay for his wife’s care and the baby’s safe delivery. The name Pritchard may be a reference to the murderer Dr Edward William Pritchard (1825-55), who poisoned his wife and mother-in-law.

Conan Doyle’s criticisms were mirrored by A J Cronin in his 1937 novel, The Citadel, the novel that inspired the NHS. Cronin was also a Scot of Anglo-Irish descent, a former ship’s surgeon, a celebrated athlete, and a doctor who turned his back on the profession to write fiction. 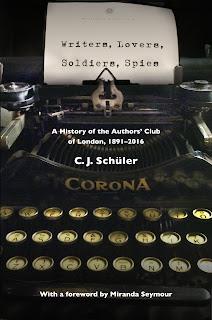 The Authors’ Club was the social wing of the Society of Authors. The Society was formed by Walter Besant in 1884 and the Club in 1891. Members included Wilde, Haggard, Bret Harte, Kipling, Hornung, Barrie, Jerome, Cutcliffe Hyne and Conan Doyle. The Club was for men only, with women writers setting up their own Writers’ Club in September 1891.

The inaugural dinner of the Authors’ Club, which took place on 30 June 1892, is famous for Oscar Wilde denouncing censorship of his play Salome by the Lord Chamberlain.

Francis Gribble was an early attendee of the Club. Gribble was editor of Phil May’s Annual and this may be the connection that led to Conan Doyle’s short story ‘Jelland’s Voyage’ appearing in this obscure journal. Authors’ Club secretary, Douglas Sladen, was a frequent visitor to Japan and his book The Japs at Home (1892) opens with a chapter on Yokohama where ‘Jelland’s Voyage’ is set. See Episode 20: https://www.doingsofdoyle.com/2021/11/20-jellands-voyage-1892.html

Conan Doyle’s connection with the Club continued to his death. At a meeting in July 1896, he was called upon to justify killing off Sherlock Holmes, to which he replied: “I hold that it was not murder, but justifiable homicide in self-defence, since, if I had not killed him, he would certainly have killed me.”

On 1 March 1909, Conan Doyle gave the keynote speech at an Authors’ Club dinner in honour of the centenary of the birth of Edgar Allan Poe. He won the billiard tournament (for the fourth time) in 1924. On his death, he left £50 to the Authors’ Club, and a wireless set.

Sladen, in his memoir Twenty Years of My Life (1914), wrote in glowing terms of Conan Doyle’s status among his peers, describing him as “the man to whom the profession would undoubtedly look for a lead in any crisis.” (p.74).

A young doctor enters a prize-fight to earn his tuition fees in ‘The Croxley Master’ (1899). You can read the story here.

Round the Red Lamp Show notes The Curse of Eve