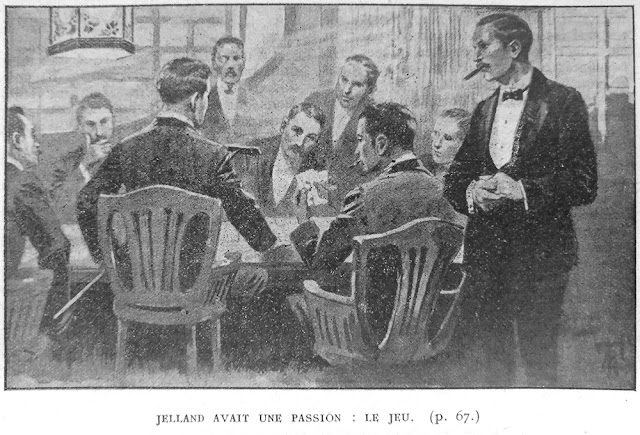 This episode we travel to nineteenth century Japan in the footsteps of one of Conan Doyle’s childhood friends, and take part in a desperate heist in ‘Jelland’s Voyage’ (1892).

In the Japanese port of Yokahama in the mid-1860s, life is an uncertain commodity. Political turmoil and angrily dissident samurai mean the barely-tolerated community of Western traders, diplomats and adventurers lead a tenuous and dangerous existence.

In this febrile atmosphere, two young British clerks have raided their employer’s reserves to pay off their substantial gambling debts. They have two months to recoup their losses before the theft is discovered. But then they hear that their boss has returned early from a business trip and announced a snap audit…

Writing and publication history
Commissioned in Summer 1892, according to a newspaper column in The Norwood News, 27 August 1892.

Conan Doyle charged the same fee as he did for the later Adventures of Sherlock Holmes in the Strand Magazine (£50).

Published in Phil May’s Illustrated Winter Annual in November 1892. Phil May was a leading British caricaturist.

Collected in Round the Fire Stories (1908)

Hirayama Yuichi produced The Annotated Jelland’s Voyage in the 1990s. 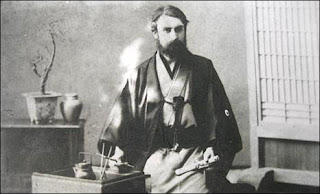 Conan Doyle's childhood friend, with whose aunt, Mary Burton, he lodged in 1866, at her home, Liberton Bank, in Edinburgh.
Burton practiced as an engineer before he took up the role of Professor of Sanitary Engineering at Tokyo Imperial University in 1887. He is famous in Japan as a key figure in the development of the country’s sanitation infrastructure and the Ryounkaku, Japan’s first skyscraper (or “cloudscraper” as it was known).

Burton was a frequent contributor to several photography journals, notably The British Journal of Photography, to which Conan Doyle submitted many articles between 1881-1884. He continued his interest in photography in Japan. See Gibson & Green, The Unknown Conan Doyle: Letters in Photography (1982). 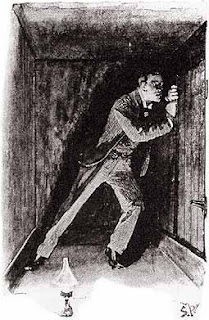 In ‘Our Derby Sweepstakes’ (1882), a mother complains to a “Mr Burton” who claimed her drains were in good condition.

‘Crabbe’s Practice’ (1884) may be inspired by a visit by Burton to Conan Doyle in Southsea in Easter 1883.
Also was the dedicatee of The Firm of Girdlestone (1890).
Conan Doyle in Clubland

Conan Doyle was a member of several clubs including the Author’s Club (1891), the Reform Club (1892), the Athenaeum (1901) and the Royal Automobile Club (1903), one or more of which may have inspired the Diogenes Club (first appeared in ‘The Greek Interpreter,’ 1893)

Following a prolonged period of civil wars, which began with the outbreak of the Onin War in Kyoto in 1467 and ended in 1600, Japan began to isolate itself from the outside world.

Under the first three Tokugawa Shoguns (1603-1651), a series of ordinances were enacted which expelled foreigners.

It remained thus until July 1853 when Commodore Matthew Perry of the US navy demanded access to Japanese markets. The United States was quickly followed by other nations who were similarly insistent.

Two decades of instability followed during which sporadic violence and a commercial free-for-all pervaded the treaty port of Yokohama. 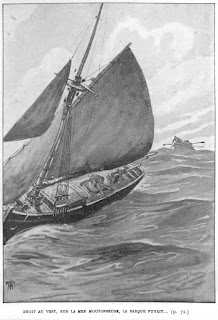 The Coming of the Barbarians by Pat Barr (Macmillan, 1967 [and numerous reprints])

Also, Edward Zwick's 2003 film The Last Samurai, starring Tom Cruise and Ken Watanabe. Historically flawed, but captures something of the atmosphere of 1870s Japan, and features a recreation of Yokohama.
Japonisme and the Fin De Siecle

The trend for Japonisme encompassed both Gilbert and Sullivan's The Mikado (premiered 1885) and Puccini's Madama Butterfly (1904), which in turn traced its origins to the French Orientalist Pierre Loti's book Madame Chrysantheme (1893) - part of his 'Japanese trilogy' which also encompassed Japonerie d'Automne (1889) and La Troisieme Jeunesse de Madame Prune (1905).

The period also saw a growth of interest in Japanese myths and legends, fed by such publications as:

In a class of his own is the Irish-American writer Lafcadio Hearn (1850 – 1904), who, like Willie Burton, taught at Tokyo Imperial University. Amongst many studies of his adopted country, he also wrote the highly influential supernatural classics:

And, of course, in 'The Adventure of the Empty House' (1903) Sherlock Holmes reveals that he is a practitioner 'of baritsu, or the Japanese system of wrestling'. It is also worth noting that Ronald Adair's death, in the same story, results from playing card games with the wrong company at the Bagatelle Card Club.

We are joined by Dr Merrick Burrow from the University of Huddersfield, curator of a new exhibition on the Cottingley Fairies. You can view the exhibition online here: https://library.leeds.ac.uk/events/event/1900/galleries/375/the-cottingley-fairies-a-study-in-deception