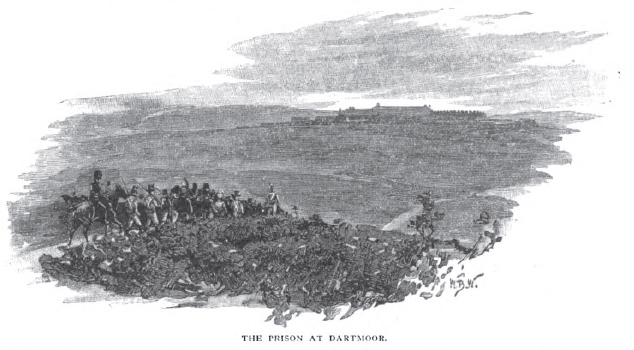 We have a double bill of Gerard for our first encounter with the Brigadier, with two stories from the Exploits of Brigadier Gerard.

The episode can be heard below: 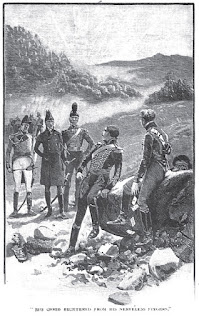 'How the Brigadier Held the King'

It is 1st July 1810 and Colonel Etienne Gerard of the French 3rd Hussars is recuperating from a lance wound to his ankle in the Spanish village of Alamo. He is desperate to be back in the field with his regiment, who are quartered forty miles away in Pastores and involved in operations around the siege of Ciudad Rodrigo. All he needs is a horse, but none is to be found. His prayers are answered by a kindly old Spanish priest, who offers Gerard passage across the mountains in his rickety old diligence. But the priest is not all he seems to be and Gerard finds himself the prisoner of a unit of Spanish guerillas led by the notorious and bloodthirsty marauder known as El Cuchillo. Yet just as Gerard is steeling himself to face an horrendous death, salvation appears in an unlikely form …

'How the King Held the Brigadier'

ollowing his capture in Spain, Gerard is held in Dartmoor Prison, as he has refused to give his parole and consequently cannot be quartered upon an English family. Once behind the grim walls he thinks only of escaping, which, against the odds, he does. Once free, however, he has to contend with the moor, his pursuers, and some curious encounters with the locals. And then fate intervenes, with an ironic twist … 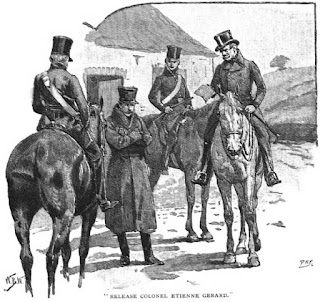 The character of Etienne Gerard

The Rank of the Brigadier

When Arthur Conan Doyle gave Etienne Gerard the rank of 'Brigadier', he was thinking of the British meaning of the term; a general commanding a brigade. However, in the French cavalry a brigadier is a corporal, which was clearly not Conan Doyle's intention for his swashbuckling Napoleonic Gascon.

By the time of his service in Spain in 1810, Gerard is a colonel, commanding the Third Hussars. Later he is also appointed chef de brigade, or brigade-major, which is a staff position. This in itself is different from general de brigade, which is a rank rather than an appointment, and, confusingly, does not necessarily indicate command of a brigade. 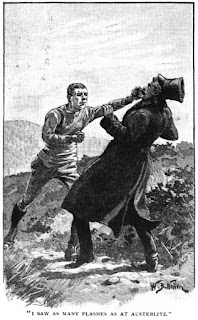 A slice of Anglo-Indian Gothic, with plenty of Sherlockian connections, in Uncle Jeremy’s Household (1887). Read it here: https://www.arthur-conan-doyle.com/index.php?title=Uncle_Jeremy%27s_Household