This episode, we are delighted to welcome to the podcast Clifford S. Goldfarb, author of The Great Shadow (1997), to talk about Conan Doyle and Napoleon.

As we mentioned in Episode 10, Conan Doyle had a life-long fascination with the Napoleonic era which began at his mother's knee, with tales of family members at Waterloo, and found its release in some of his finest historical works.

We talk to Cliff about his interest in Conan Doyle's Napoleonic works, including the Brigadier Gerard stories, his collection of books, documents and notebooks and his many projects.

Cliff is the author of The Great Shadow, a book on Arthur Conan Doyle’s Napoleonic War stories - and Investigating Sherlock Holmes (which he wrote with Hartley R. Nathan).

He has written the introduction to The Complete Brigadier Gerard, published by Barnes & Noble – and his Doylean work has been published in numerous places, including the Journal of Olympic History, Finest Hour (the magazine of the International Churchill Society), The OScholars (Journal of the Oscar Wilde Society), and Green Bag Almanac and Reader. He collects everything and anything related to this area of interest, and to the artist William Barnes Wollen, illustrator of the Brigadier Gerard stories.

Cliff is also Chairman of the Friends of the Arthur Conan Doyle Collection at the Toronto Reference Library and Chairman of the Advisory Board for the newly-formed ACD Society. He is a frequent speaker on topics related to Conan Doyle and Sherlock Holmes, and, when he is not doing that, he enjoys spending as much time as possible with his seven grandchildren.

Books referenced in the podcast 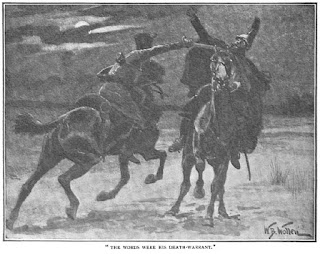 The Complete Brigadier Gerard, with an introduction by Owen Dudley Edwards (Canongate Classics, 2010)

The Exploits and Adventures of Brigadier Gerard, with an introduction by George Macdonald Fraser (New York review Books, 2001).

The Memoirs of Baron de Marbot, late lieutenant-general in the French Army. Translated from the French by Arthur John Butler (1892, 2 Volumes) 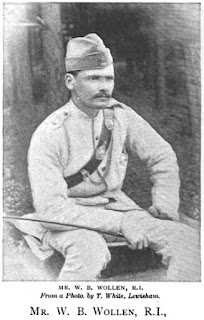 The Bootmakers of Toronto - https://www.torontobootmakers.com/

The Friends of the Arthur Conan Doyle Collection at the Toronto Public Library - http://www.acdfriends.org/

A trip to the court of Louis XIV then over the Atlantic to North America in Conan Doyle’s 1893 novel, The Refugees. Read it here: https://www.arthur-conan-doyle.com/index.php?title=The_Refugees