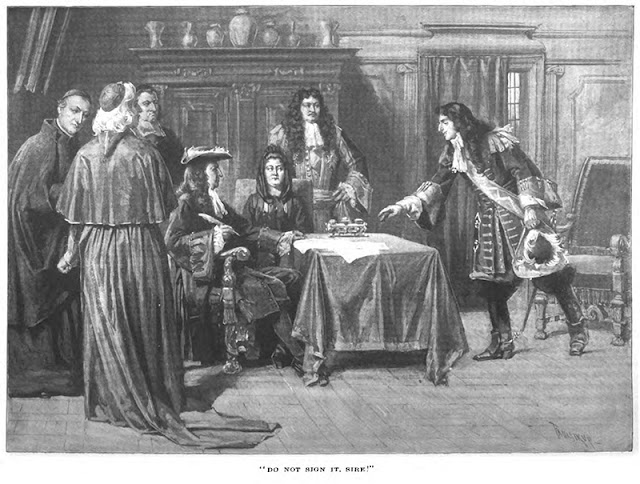 The Refugees, Conan Doyle’s fourth historical novel, was first published by Harper’s Monthly Magazine in 1893. It explores the events surrounding Louis XIV's Revocation of the Edict of Nantes in 1685 and how this impacts on a small group of Huguenots who are sent, as Conan Doyle put it, “flying like leaves before a hurricane.”
You can read the novel here: https://www.arthur-conan-doyle.com/index.php?title=The_Refugees

The episode can be heard below or http://doingsofdoyle.podbean.com/.

The year is 1685, and a storm is gathering around Amory de Catinat, a young Huguenot captain in the Gardes du Corps of King Louis XIV, the great Roi Soleil. De Catinat is well-positioned to observe, and fear, the Court machinations surrounding the imminent revocation of the 1598 Edict of Nantes; the law which granted the Protestant Huguenots a degree of religious freedom in an overwhelmingly Catholic France.

When the Edict is revoked, de Catinat and his family – his uncle, Theophile, and cousin (and fiancee), Adele – together with their American friend, Amos Green, are forced to flee to the New World. But the route to America is fraught with peril, and upon their arrival the refugees discover that the prejudices and threats of Europe have crossed the Atlantic too, only to combine with the additional and novel dangers of an untamed, and largely unknown, new continent ...
You can download an illustrated chapter-by-chapter synopsis here. 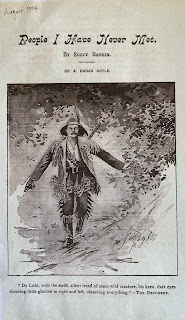 In August 1894, The Idler published an article by Scott Rankin entitled 'People I Have Never Met' which features this picture of Conan Doyle as Greysolon du Lhut, the French tracker and explorer who appears in the second half of The Refugees. Note the heads on the waistband with the titles of publications that Conan Doyle had then appeared in. The obvious missing publication is The Strand Magazine which, as a rival of The Idler, was unlikely to be featured...

We go underground in Derbyshire and find a prehistoric survivor in Conan Doyle’s 1910 short story The Terror of Blue John Gap. Read it here: https://www.arthur-conan-doyle.com/index.php?title=The_Terror_of_Blue_John_Gap
Acknowledgements