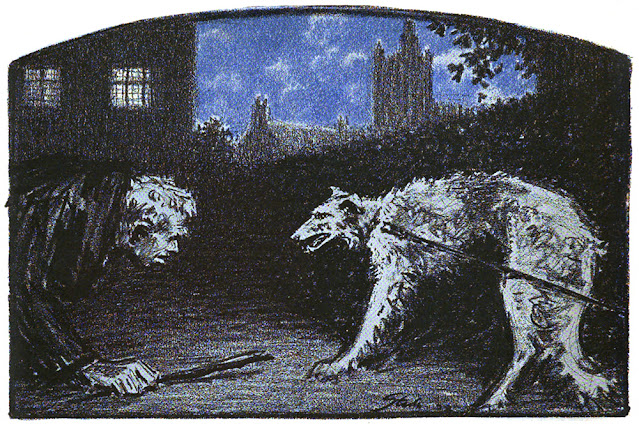 Hello and welcome to Episode 25. We’re back to Baker Street to drop in on Holmes and Watson for one of their more peculiar later cases, ‘The Adventure of the Creeping Man’ from March 1923.

You can read the story here: https://www.arthur-conan-doyle.com/index.php?title=The_Adventure_of_the_Creeping_Man 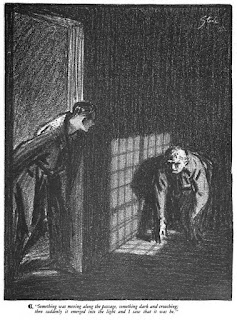 Sherlock Holmes is in a laconic mood and has summoned Dr Watson peremptorily. “Come at once if convenient – if inconvenient come all the same.” He needs Watson’s help in the strange case of Professor Presbury, the eminent Camford physiologist. Events surrounding him have so worried his secretary and prospective son in law, Trevor Bennett, that he has sought Holmes’ advice.

Presbury’s faithful dog, Roy, has recently conceived a violent antipathy towards his master, who prowls at night. And then there are the mysterious packages from Mr Dorak of the Commercial Road which Bennett is forbidden to open.

Somehow it all seems to be connected to the ageing professor’s engagement to the young daughter of his colleague, Professor Morphy…

Believed to have been written in late 1922, shortly after Conan Doyle returned from a spiritualist lecture tour in America and after he had taken a five-year lease on 15 Buckingham Palace Mansions.

Conan Doyle may have started writing the Case-Book in 1921 to fund his spiritualist mission. Not unrelated may by the revived interest in Sherlock Holmes through the successful Stoll Picture series starring Eille Norwood.

The stories in the Case-Book appeared as and when Conan Doyle was inspired to write them. They appeared over the period 1921-1927.

First appeared in the Strand Magazine (UK) and Hearst’s International (USA) in March 1923 and was collected in The Case-Book of Sherlock Holmes in 1927.

Magic, Gothic and the Occult

Rudolph II (1552-1612), Holy Roman Emperor who made Prague the centre of European alchemy and the occult. 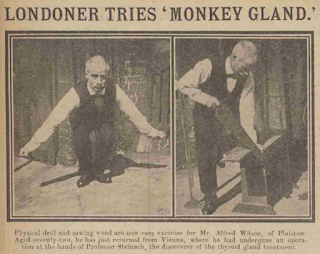 Charles-Edouard Brown-Sequard (1817-1894) conducted early hormone experiments in the second half of the nineteenth century.

15-part movie serial The Screaming Shadow (US) (Iron Foot in the UK).

Dorothy L. Sayers, The Unpleasantness at the Bellona Club (1928).

William Rutherford (1839-99) and the vivisectionists 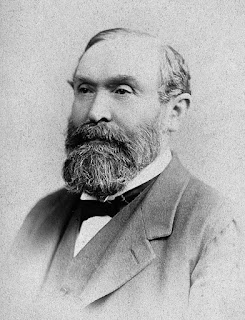 One inspiration for Professor Challenger, according to Conan Doyle. See Memories and Adventures (1924).

Rutherford’s clash with Ashdown is covered in Scotsman, 26 Jan 1887 which prints Rutherford’s apology.

Holmes and Watson – so very tired

Shinwell Johnson – Holmes’s valuable assistant in the first years of the twentieth century (The Illustrious Client).

Langdale Pike – “the receiving station, as well as the transmitter, for all the gossip of the Metropolis.” (The Three Gables).

Next time on Doings of Doyle…

We travel underwater to explore The Maracot Deep (1928) …

You can read the next story here: https://www.arthur-conan-doyle.com/index.php?title=The_Maracot_Deep
Sherlock Holmes Show notes The Creeping Man