21. Conan Doyle and the Cottingley Fairies, with Merrick Burrow 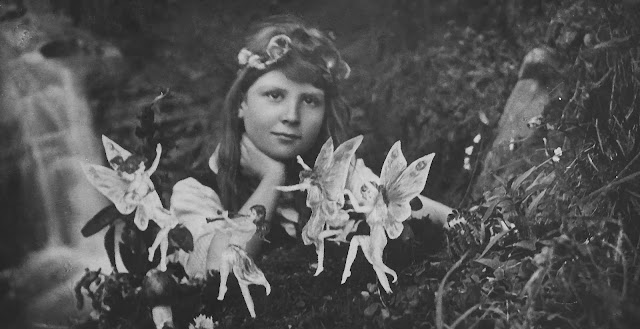 This episode, we are joined by Dr Merrick Burrow, Head of English and Creative Writing at the University of Huddersfield, to talk about The Cottingley Fairies: A Study in Deception, an exhibition Merrick has curated for the Treasures of the Brotherton Gallery at the University of Leeds.   You can visit the exhibition online here: https://library.leeds.ac.uk/events/event/1900/galleries/375/the-cottingley-fairies-a-study-in-deception

You can read The Coming of the Fairies here: https://www.arthur-conan-doyle.com/index.php?title=The_Coming_of_the_Fairies

Timeline of the Cottingley Fairies 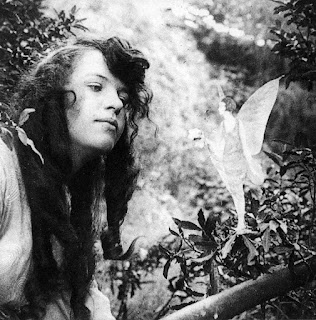 In 1917, cousins Frances Griffiths and Elsie Wright take photographs of fairies behind Elsie’s house in Cottingley, West Yorkshire, in the United Kingdom.

Three years later, in 1920, the girls’ mothers attend a lecture on fairies at the Theosophical Institute in Bradford, after which knowledge of the photographs spreads through theosophist circles.

In May 1920, Edward L. Gardner, General Secretary of the English Theosophical Society, uses copies of the negatives in his public lectures in London. News of the images reaches Sir Arthur Conan Doyle.

In July 1920, acting for Doyle, Gardner visited Elsie in Cottingley and returned convinced of the 'entire genuineness' of the photographs. After the visit, Gardner and Doyle sent Elsie and Frances a Cameo camera each.

The first photographs were published in Conan Doyle’s article ‘Fairies Photographed’ in the December 1920 issue of the Strand Magazine. Two photographs from the second followed in the article ‘The Evidence for Fairies’ in the March 1921 issue.

Conan Doyle expanded on the original articles and published correspondence with advocates and opponents in The Coming of the Fairies (Hodder & Staunton, September 1922).

The publications sparked a furious public and private exchange over the validity of the photographs and more fundamental issues of belief, spirituality and the supernatural.

Sixty years later, in the early 1980s, Frances and Elsie admitted the fairy photographs had been a hoax. Elsie had drawn and cut out the delicate fairy images, which were then attached to their surroundings using hatpins. Frances, however, insisted that the photograph of the ‘fairy bower’ was genuine.

The Case for Spirit Photography (1922) https://www.arthur-conan-doyle.com/index.php?title=The_Case_for_Spirit_Photography

The History of Spiritualism (1926), https://www.arthur-conan-doyle.com/index.php?title=The_History_of_Spiritualism

We travel to the Franco-Prussian war for a Gothic treat, ‘The Lord of Château Noir.’ You can read the story here: https://www.arthur-conan-doyle.com/index.php?title=The_Lord_of_Ch%C3%A2teau_Noir