Danger! is a short story written by Conan Doyle in 1914 to alert politicians and the British public to the dangers of unrestricted submarine warfare. If you want to avoid spoilers, we recommend you read the story here (https://www.arthur-conan-doyle.com/index.php/Danger!).

There has been an incident in one of the colonies which has involved the deaths of two missionaries and Great Britain and the small European state of Norland have been drawn into war with one another. The King and Ministers of Norland have little hope of victory. Captain John Sirius, who commands the nation’s fleet of eight submarines, is convinced he can win the war by a form of unrestricted submarine warfare against the merchant shipping that supplies much of Britain’s food. The idea seems ludicrous, but as Sirius’s submarines begin their campaign in earnest and losses mount, it begins to appear that Norland may be able to bring the military and imperial colossus that is Britain to its knees… 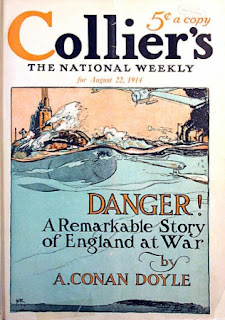 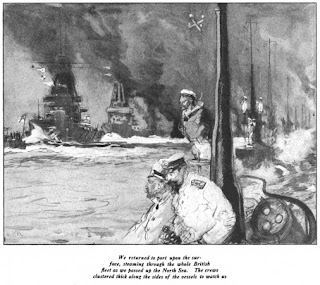 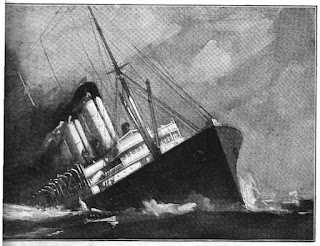 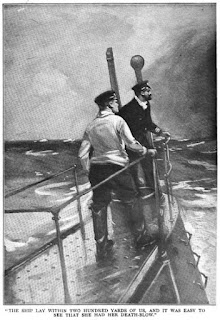